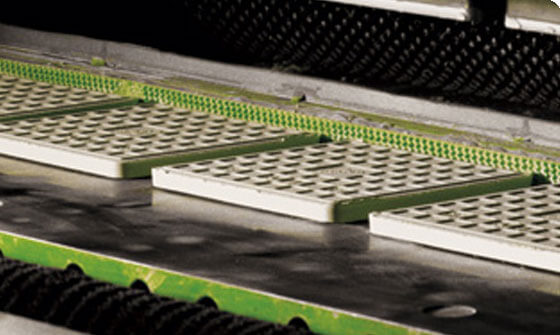 From The Tennessean – David Boucher

An $80 million porcelain tile manufacturing facility is headed to Maury County and could bring 180 new jobs, according to an announcement from Tennessee economic development officials.

Gov. Bill Haslam and Economic and Community Development Commissioner Randy Boyd announced Thursday that international manufacturer Gruppo Concorde plans to build a 600,000-square-foot facility on 96 acres near Mount Pleasant. It’s the first U.S. facility for the company, which already has sites for high-end ceramic tiles in Italy, France and Russia.

Tennessee continues to build upon its reputation as the North American location choice for the international tile manufacturing industry,Randy Boyd, Economic and Community Development Commissioner

“Since 2011, five ceramics companies have committed a total of 630 new jobs to our state. Gruppo Concorde, and the jobs they are creating, is a valuable addition to the community, and I look forward to their continued growth and success in Tennessee.”

There are already roughly 1,260 Tennesseans working in the ceramics industry, according to the announcement. Gruppo is making the investment through its North American subsidiary UST Inc., according to the announcement. Company President Federico Curioni said they chose Tennessee because of the “business-friendly environment” and its proximity to materials needed to make tiles.

Construction of the facility is expected to start this month, with production tentatively set to start in the second half of 2016.