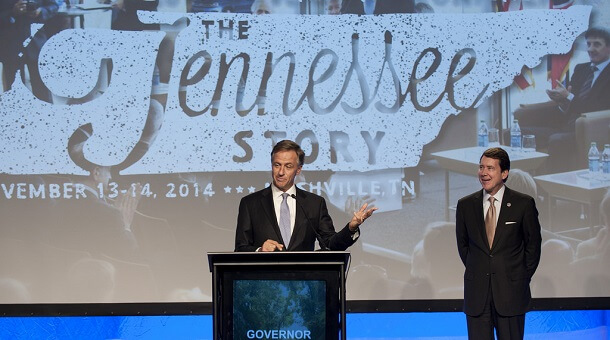 Business Facilities announced that Tennessee has won an unprecedented back to back ranking as “State of the Year”. This marks the 3rd time that Tennessee achieved the honor (2009, 2013 and 2014).
The magazine sited factors such as World-Class Infrastructure, On-Site Workforce Training and the State’s number 1 ranking in the Race to the Top Education program. Gov. Haslam’s recent launch of Tennessee Promise, a program that  provides a free, 2 year degree in either a technical school or community college for high school graduates was also a contributing factor.

Tennessee is one of a handful of states that have clearly made economic development priority No. 1. With a powerhouse automotive cluster, world-class infrastructure and the nation’s most improved education system, we could be looking at a State of the Year dynasty in the making. – Jack Rogers, Business Facilities Editor-in-Chief

Two Maury County businesses, Comprehensive Logistics and GM Spring Hill, were listed among the economic development successes that played a role in the selection of Tennessee as 2014 “State of the Year”.