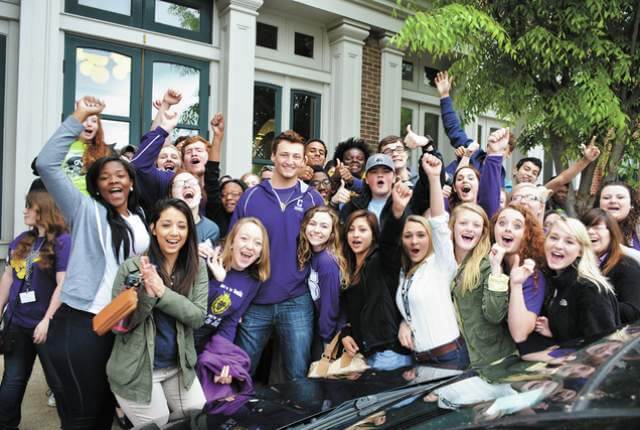 Applause erupted in the Maury County Commission chambers on Monday when the board approved moving forward with a new, $46 million Central High School.

Cook and Stephenson cast votes against the county taking out bonds to pay for the project. Cook also cast the sole dissenting vote against entering into a contract with Hewlett Spencer/Bell & Associates, the CHS project construction manager.

Cook said she would have liked the Maury County School Board to have met with commissioners to discuss maintenance issues at other schools and to examine future growth areas.

“Central High School is an amazing school, but there are a lot of other amazing schools in Maury County we are faced with building, expanding and funding,” she said.

Hewlett Spencer/Bell & Associates guaranteed a maximum price of $42,984,296, which includes a 5 percent contingency.

The commission also approved $3,443,042.08 for architect fees, information technology items and furnishings, making the grand total $46,427,340.98. The commission has already provided $2 million toward the project.

“It is important that the Central High supporters understand that this funding body must address the debt service dollars that will be required to build this school,” he said.

Commissioner Debbie Turner said approving the funding will put a “tremendous burden” on senior residents and those on fixed income. However, she said she supported a new Central High but asked the school board to partner with the commission and have more open communication.

Commissioner Sue Stephenson echoed the need to plan for future school facility needs and asked that a fund be designated specifically for renovations. The county will pay more than $19 million in interest over the next 20 years, bringing the total project cost to $66 million, she said.

“We don’t have a bottomless pot of gold. That is a huge, huge investment for one school when we’ve also got 21 others,” Stephenson said.

Sumners proposed a quarterly meeting between School Board Chairman Jim Morrison and Shackelford to talk about ongoing school maintenance issues. He recommended the school board and commission funnel money into a fund to maintain and repair the county’s schools.

Commissioner Talvin Barner said it would be less expensive to build a new school on Tom J. Hitch Parkway, which he said would cost about $36 million — including athletic facilities. He said he was reluctant to cast an affirmative vote because the new school would only expand student capacity by about 200.

Interim Schools Director Cindy Johnson, former CHS principal and longtime educator, said she will share with the incoming director what the commission recommended regarding increased cooperation.

“I can see the progress of our county moving forward,” Johnson said. “All of this spirit of cooperation that we’ve had, all the exciting things that we have going on — it’s going to help us in getting a good director.”

School Board Chairman Jim Morrison said the school board has always been open to working with the commission. Morrision said he foresees increased cooperation in the future.

Construction on the new school will happen in a four-phase process and is estimated to take 33 months to complete. Work is set to start at the end of this school year and continue during the summer.