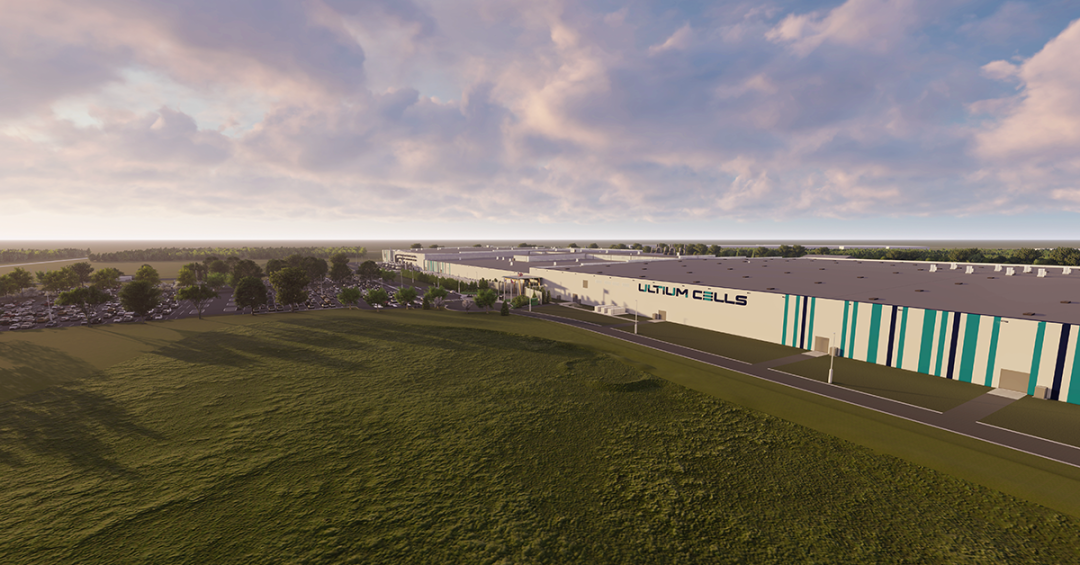 Ultium Cells will increase battery cell production by more than 40 percent, from 35 gigawatt-hours to 50 GWh. The Tennessee facility will supply battery cells to General Motors’ Spring Hill assembly plant for production of the Cadillac LYRIQ, the first electric vehicle produced at the plant, and other GM Ultium Platform-based electric vehicles. Production at the 2.8-million-square-foot facility will begin in late 2023.

The Tennessee site joins two other Ultium Cells battery cell manufacturing sites in Ohio and Michigan. The Warren, Ohio, facility began battery cell production in August, and the Lansing Delta Township facility in Michigan is under construction and will begin production in late 2024.

Once all three facilities are at full production capacity later this decade, Ultium Cells expects to have more than 130 GWh of battery cell capacity in total. Ultium Cells will provide battery cell capacity to support GM’s North American electric vehicle assembly capacity of more than one million units by mid-decade, while supporting GM’s plans to supply other automotive companies and industries including rail, aerospace, heavy trucking and marine customers.

Tennessee is also quickly becoming a leader in the domestic manufacturing of critical materials used to make lithium-ion batteries, such as lithium, cobalt, nickel and graphite. Since 2018, Tennessee has landed seven projects related to EV battery manufacturing or the EV battery supply chain, representing more than 1,700 new job commitments and roughly $4.3 billion in capital investment.

QUOTES
“As Tennessee continues to lead the automotive industry, we proudly welcome additional investment and job creation from companies around the globe. I thank Ultium Cells for investing $275 million in Spring Hill and look forward to new opportunities for Tennesseans across Maury County.” – Gov. Bill Lee

“Tennessee is well-positioned to provide automotive manufacturers and suppliers with the ideal geographical location to support their growth. Ultium Cells’ additional $275 million investment will have a lasting impact on the region for years to come. We are grateful to them, along with General Motors and LG Energy Solution, for their continued commitment to Tennessee, which is a vote of confidence to our state’s skilled workforce and business-friendly climate.” – TNECD Commissioner Stuart McWhorter

“This investment will allow us to provide our customer GM more battery cells faster and support GM’s aggressive EV launch plan in the coming years. Ultium Cells is taking the appropriate steps to support GM’s plan for more than one million units of EV capacity in North America by mid-decade. We appreciate the support the state of Tennessee, Maury County and Spring Hill has shown Ultium Cells, and that support is playing an important role in making this expansion investment possible in our Spring Hill facility.” – Tom Gallagher, vice president of operations, Ultium Cells LLC

“Maury County began being a leader in the state of Tennessee for the automotive industry at about the same time I moved to Maury County in 1985. We are once again leading the way into the future by supporting the success of Ultium Cells and EV technology. The announcement today by Ultium Cells that it will significantly increase both its investment and the number of high-quality jobs created, prior to even beginning operations at their new facility, serves as testament to the unique advantages Maury County offers high-tech manufacturers. While being an integral part of Team Maury, an announcement of this scope will provide benefits to the entire region, and we thank Ultium Cells for their investment and confidence in our community.” – Maury County Mayor Sheila Butt

“TVA and Columbia Power & Water Systems congratulate Ultium Cells, LG Energy Solution and General Motors on the planned expansion of Ultium’s Spring Hill battery cell plant. Helping bring good jobs to the Tennessee Valley is fundamental to TVA’s mission, and this expansion will create additional jobs and investment in the region and support clean energy. We are proud to partner with the Tennessee Department of Economic and Community Development, the Maury Alliance and others to celebrate this announcement.” – Jeff Lyash, president and CEO, Tennessee Valley Authority

“This expansion further solidifies Tennessee’s standing as a global automotive powerhouse. We are grateful to Ultium Cells for their continued investment in Middle Tennessee and their commitment to advancing clean energy technologies for the 21st century. Companies like General Motors and Ultium have proven time and time again that when they invest in Tennessee, their business, our people and our state succeed together.” – House Majority Leader William Lamberth (R-Portland)

“This is big news for Spring Hill. We continue to see the job market strengthening in Maury County, and this investment will be a major boost to the local economy. I congratulate Ultium on their success in Spring Hill and appreciate the work of the state and local officials who helped secure these new jobs.” – Sen. Joey Hensley (R-Hohenwald)

“General Motors and Ultium Cells have been an exceptional community partner and valued employer in Maury County for many years. This significant investment speaks highly of the working relationship we have, the quality of our workforce and our local infrastructure. We congratulate Ultium Cells and its employees for their remarkable success, and I look forward to continuing our partnership for many years to come.” – Rep. Kip Capley (R-Summertown)

About General Motors
General Motors (NYSE:GM) is a global company focused on advancing an all-electric future that is inclusive and accessible to all. At the heart of this strategy is the Ultium battery platform, which powers everything from mass-market to high-performance vehicles. General Motors, its subsidiaries and its joint venture entities sell vehicles under the Chevrolet, Buick, GMC, Cadillac, Baojun and Wuling brands. More information on the company and its subsidiaries, including OnStar, a global leader in vehicle safety and security services, can be found at https://www.gm.com.

About LG Energy Solution
LG Energy Solution (KRX: 373220), a split-off from LG Chem, is a leading global manufacturer of lithium-ion batteries for electric vehicles, mobility, IT, and energy storage systems. With 30 years of experience in revolutionary battery technology and extensive research and development (R&D), the company is the top battery-related patent holder in the world with over 25,000 patents. Its robust global network, which spans North America, Europe, Asia, and Australia, includes battery manufacturing facilities established through joint ventures with major automakers such as General Motors, Stellantis N.V., Hyundai Motor Group, and Honda Motor Co., Ltd. At the forefront of green business and sustainability, LG Energy Solution aims to achieve carbon neutral operations by 2050, while embodying the value of shared growth and promoting diverse and inclusive corporate culture. To learn more about LG Energy Solution’s ideas and innovations, visit https://news.lgensol.com.

About Ultium Cells
Ultium Cells is a joint venture between General Motors and LG Energy Solution that will mass-produce Ultium battery cells to advance the push for a zero-emissions, all-electric future. Ultium Cells will provide battery cell capacity to support GM’s North American electric vehicle assembly capacity of more than 1 million units by mid-decade, while supporting GM plans to supply other automotive companies and other industries including rail, aerospace, heavy trucking and marine customers. For more information about Ultium Cells, please visit https://www.ultiumcell.com.