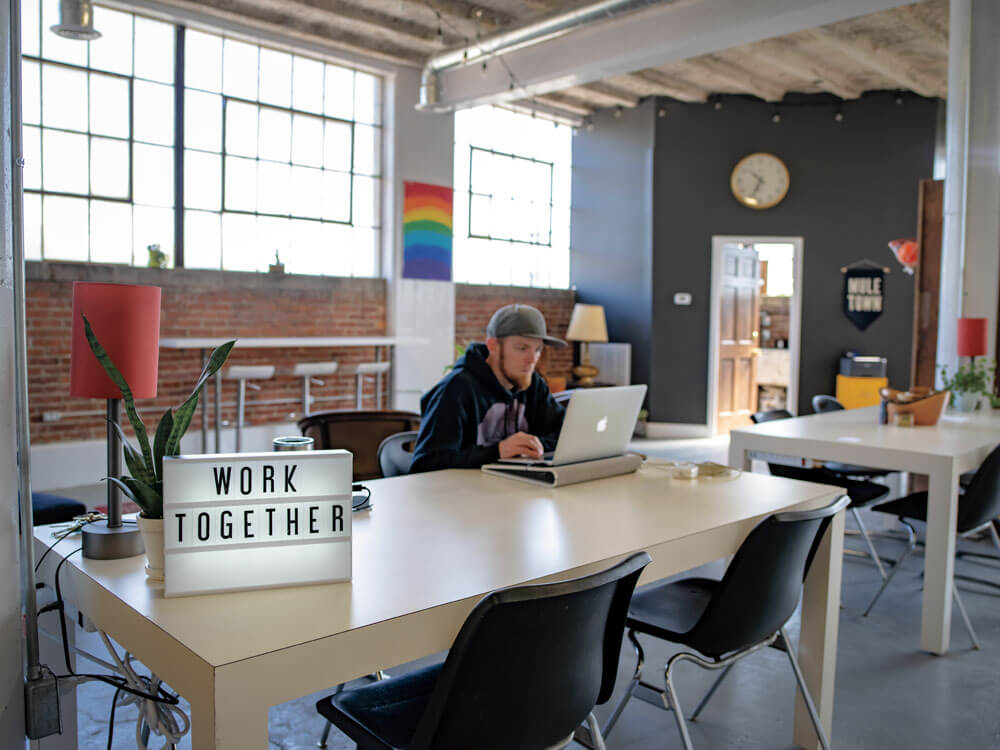 By Patsy B. Weiler

The arts are a driving force in Maury County’s growth and in the revitalization of its communities. The creative vision of local leaders has led to initiatives such as the Columbia Arts District (CAD), a special zoning overlay established to encourage creative-focused development.

Local leaders and the Columbia Arts Council, an organization formed in 2014, saw the CAD as a unique opportunity for the community to become a primary arts and cultural anchor in southern Middle Tennessee, facilitate neighborhood renewal and become a driving economic and cultural force.

The Columbia City Council voted to approve the zoning overlay in July 2016 to create the CAD between South High and South Garden streets. The overlay provides the legal framework for mixed “live-work” use of property in the district. It opens the door for artistic- and creative-focused enterprises, retail establishments and living spaces to coexist in the same, easily walkable neighborhood. The adjoining historic downtown commercial area is the only other location within the city where the flexible mixed-land use is in place.

Laura Roode, an art director for children’s books, and her husband, Daniel Roode, an illustrator and artist, previously lived in Brooklyn before opening Gallery 205, which she calls a “showcase of fresh and contemporary art” in an 1870s Victorian house on West Sixth Street.

“We loved Columbia’s small-town charm and slower pace,” says Laura Roode, a member of the Arts Council, which was formed in 2014. “It is definitely more affordable, and we loved that there seems to be an emerging movement here by young, creative entrepreneurs. We felt like we wanted to be on the ground floor of something.”

That something is playing an increasingly important role in the economic vitality of Maury County. Columbia participated in Americans for the Arts’ 2017 Arts & Economic Prosperity 5 Study. That study found arts and culture created $7.7 million in annual economic activity, including $6.4 million in event-related spending by audiences. It also showed the arts generate $810,000 in local and state government revenue.

“An exciting new dynamic is rumbling in the heart of Columbia,” says Kellye Murphy, Columbia’s tourism and marketing director. “The city, especially the historic downtown district and the new Columbia Arts District, is attracting entrepreneurs and artists who understand that a strong arts presence makes an important contribution to the economy and livability of a place.

“From painters and potters to musicians and poets, these artists are making a personal and business commitment to stake their claim early in the expanding vision our community, and the Arts Council shares in this future,” she says.

Windmill Bakery and Coffee Shop was the first business to launch in the CAD. It was followed by the opening of the three-story, 12,000-square-foot Columbia Arts Building, or CAB, an arts cooperative in a former warehouse owned by artists from North Carolina, Robert and Holly Freeman.

One of the latest additions to the district is the Columbia Culinary Arts Center, bringing chef demonstrations and healthy lifestyle training.

In nearby Spring Hill, the Spring Hill Arts Center – an all volunteer, nonprofit organization better known as the SHAC – is celebrating its 20th anniversary. Located inside the old Spring Hill High School, it features a gallery and classroom.

“We are passionate about the arts and exist to serve as a hub for the arts in the community, supporting all forms of artistic expression in Spring Hill and the surrounding areas,” says Tanya Scheer, executive president of the organization’s board of directors.

Roode of Gallery 205 sees artists as trailblazers and economic harbingers who come first to an area and make it an interesting place to work and live.

“You can’t underestimate the artists when it comes to adding economic value to a place,” she says. “It begins with artists, always, for any place worth being. Art is anything but frivolous. It is crucial to community building and economic growth.”