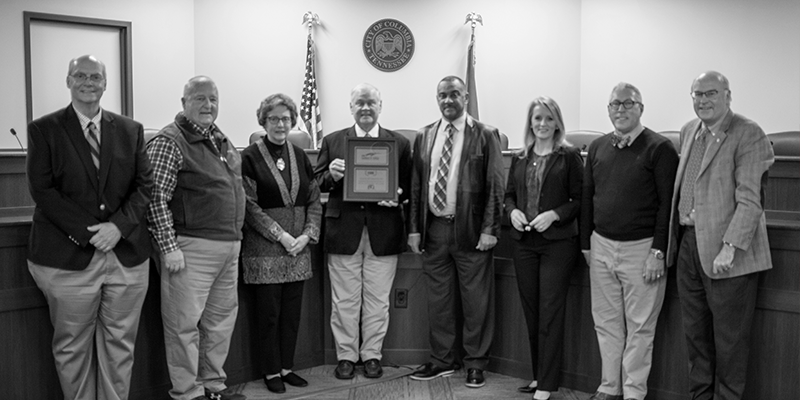 Select Sites are development-ready properties along the CSX network where standard land use considerations and comprehensive due diligence items have been previously addressed. These properties are able to meet the needs of a wide variety of manufacturers, significantly reducing the time required to construct facilities and ultimately bring products to market.

“Tennessee offers a strong value proposition for businesses, which is evident in the continued growth seen in Middle Tennessee,” said Tom Tisa, head of business development at CSX. “The Columbia Tennessee Rail Site represents an outstanding development opportunity, and we’re excited to have a rail-served property of this caliber in the region.”

CSX introduced the Select Site program in 2012 to better serve new and existing customers on its network and those of its short line partners. CSX partners with Austin Consulting, a nationally known site-selection consulting firm, to screen candidate sites and assist communities with the application and certification process.

“We are deeply appreciative to CSX and Austin Consulting for this excellent site certification program,” said Travis Groth, vice president of economic development, Maury County Chamber & Economic Alliance. “Awarding of the prestigious designation to the Columbia Tennessee Rail Site brings global attention to this 225-acre, publicly owned rail site, and serves as a fantastic way to officially launch the site.”

Approximately one hour south of Nashville, the 225-acre site is located on the west side of the City of Columbia, 15 miles west of Interstate 65. It is adjacent to an established industrial park and is flanked by the Tennessee Southern Railroad and U.S. Highway 43, a four-lane divided highway. CSX interchanges with Tennessee Southern Railroad, which is operated by Patriot Rail, on the northern end of Columbia, just a few miles from the site. Patriot Rail and the City of Columbia, among many others, have already made impactful contributions to the development of this property.

“This is a great success story of how several partners came together to preserve a large rail-served property for a future rail-served manufacturer and all of the economic benefits that will bring to the area,” said Jonathan Gemmen, senior director, Austin Consulting. “This property was identified four and a half years ago as a candidate for the CSX Select Site Program, so today is quite a milestone.”

The Columbia Tennessee Rail Site is the second site in Tennessee to be designated a CSX Select Site, and only one of two dozen properties across CSX’s service territory to meet the rigorous site selection criteria.

“Properties like the Columbia Tennessee Rail Site are why we offer the CSX Select Site Program,” Tisa said.

About CSX
CSX, based in Jacksonville, Florida, is a premier transportation company. It provides rail, intermodal and rail-to-truck transload services and solutions to customers across a broad array of markets, including energy, industrial, construction, agricultural, and consumer products. For nearly 200 years, CSX has played a critical role in the nation’s economic expansion and industrial development. Its network connects every major metropolitan area in the eastern United States, where nearly two-thirds of the nation’s population resides. It also links more than 230 short-line railroads and more than 70 ocean, river and lake ports with major population centers and farming towns alike. More information about CSX Corporation and its subsidiaries is available at www.csx.com.