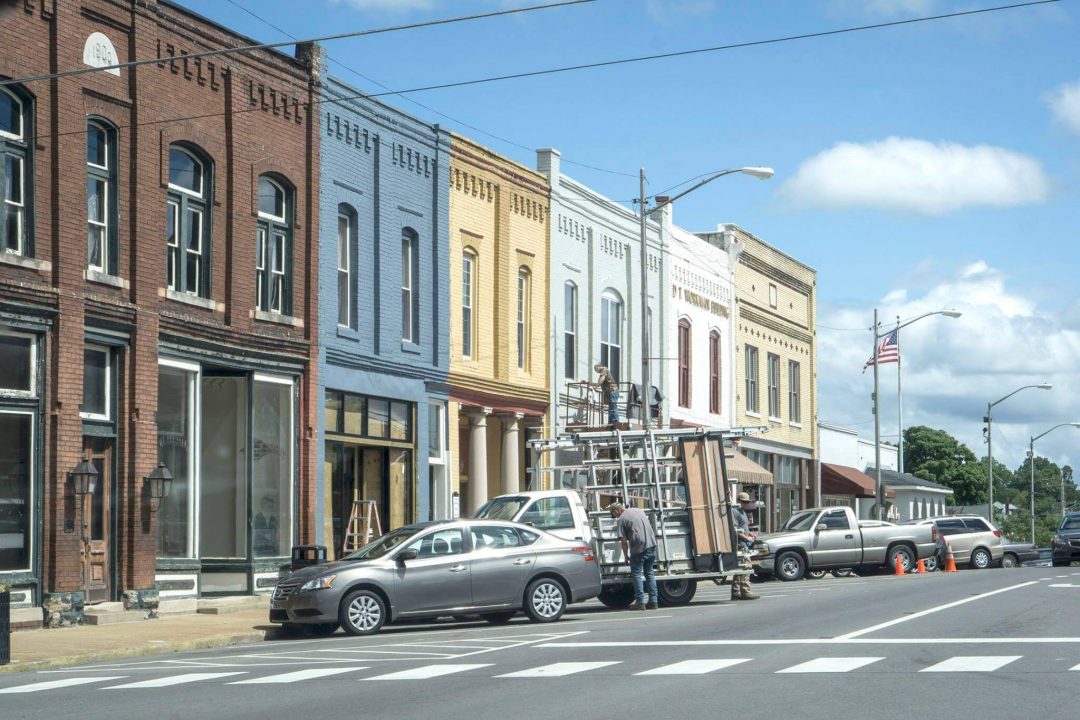 Bud Brenner has developed town homes across the U.S., so when he says he has not seen a better location than the Maury County site he picked for his latest project, that is high praise.

“When I saw the beautiful field in Honey Farms, well, there is not a better location I’ve been to,” says Brenner, president of Spring House Honey Farms, a development in Maury County within a dozen miles of both Spring Hill and Columbia that will grow to 260 town homes by 2020.

The Craftsman-style town homes have been designed to integrate with the beauty of the surrounding countryside and feature high-end amenities an Olympic-size pool, a professional clubhouse with meeting rooms, a professional gym, a walking trail and tennis courts.

Maury County’s affordability relative to the Nashville metro area makes it advantageous for developments like Honey Farms. Brenner says the superior construction quality of the development would make the same townhome cost $100,000 more in other parts of the region.

It’s an advantage that national developers are discovering, too. Active adult community developer Del Webb is adding a 600-home development on the Maury County side of Spring Hill, which will attract 55-and-older buyers to the Southern Springs community as homes are completed over multiple phases of construction. The development features ranch-style, open floor plan homes and amenities that will include a state-of-the-art fitness center, hobby and game rooms, indoor and outdoor pools and sporting courts.

Communities across the county are being infused with new development and revitalized town centers.

In Mt. Pleasant, the public-private partnership Maury County Investments (MCI) is playing a major role in reinvigorating the downtown. Mount Pleasant has re-branded itself as “the Hub of Reinvention.”

MCI, which includes a half-dozen private investors, is working to attract new businesses to the area by offering below-market rental rates and other incentives, while at the same time keeping the historical integrity of the buildings intact and generally improving the downtown area.

“There are a couple of more modern buildings, but the core of the downtown business district was built during a boom era from the late 1890s to about 1910,” says Mike Redding, operations leader for MCI, which has 14 properties in the area. “We work with prospective tenants to pick out a spot, renovate the building and get them set up for business.”

The results have been stellar, with the arrival of popular new businesses like Buckhead Coffeehouse, 1824 General Store (a modern take on the general stores of the past), The Tailored Tumbleweed salon and boutique, children’s clothing retailer Breckenridge Baby and Jernigan’s on Main, a specialty shop that sells vintage and new handcrafted furnishings. Clove Home & Hash, a home goods store, recently passed its first anniversary in downtown Mt. Pleasant.

“Preservation and construction activity is under way, including at least 15 buildings in the Columbia Commercial Historic District and adjacent areas,” says Kristi Martin, executive director of Columbia Main Street. “Rooftops are being transitioned into skyway gardens, basements are being converted into private office spaces and vacant lots are being developed for multi-use, infill projects.”

The city’s hotel motel tax is being utilized for physical, aesthetic and cultural improvements to the district, making it a destination draw for tourists and locals alike.

Columbia is also benefiting from the addition of new residential units, many of them in historic buildings that are being “recycled” for that purpose.

“The adaptive use of the district’s resources proves that historic preservation is a valuable tool in creating enclaves where people can live, work and play in a convenient place and an appealing manner,” says Martin. “If the increase in downtown living is any indication, Columbia is adopting the idea of adapting historic space into modern-day residences and becoming a dynamic city.”