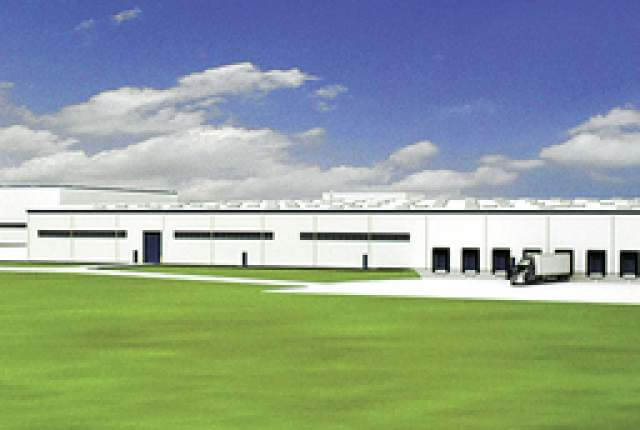 The site plan was approved this week by the planning commission, although there was some confusion about who actually is on the board.

“Any vacancy in an appointive membership shall be filled for the unexpired term by the mayor, who shall also have the authority to remove any appointive member at his will and pleasure,” according to state code.

The eventual members who voted on the site plan were Brennan, Frazier, Henderson, Marshall, Shackelford, Warren and Wyatt. The commission elected Wyatt as chairman and Warren as vice chair.

The plan passed 5-2, with commissioners Brennan and Shackelford abstaining from the vote.

The plan was approved, contingent upon the company adding a few details that were on a schematic of the site but not on the final submitted document, including a retention pond and fire hydrants.

This was a key step in moving this project forward. Now that the company has green-lighted the project, they plan to be up and running in a quick and aggressive timeline. We are happy to get it through this step.Wil Evans, CEO, Maury County Chamber and Economic Alliance

UST officials could break ground “within weeks,” Evans said. The company tentatively plans to be operating by 2015, he added.

The tile company purchased a 96-acre site at 1433 N. Main St., near Robinette Trucking, in November 2013 with the intention to build a 500,000-square-foot manufacturing facility that would serve as its North American headquarters, a manufacturing center and a distribution hub.

UST will open the facility, but that business is a subsidiary of a parent company which will oversee its operations. Local officials have not revealed details about the parent company, but it started in the 1960s and has operations in Italy, France and Russia.

Evans declined to name UST’s parent company on Tuesday, citing confidentiality agreements and because of the competitive nature of the business.

The new facility will represent an about $55 million investment and employ 180 full-time employees.

UST is estimated to create about $8.7 million in annual employee payroll and benefits, Evans said. Entry-level workers will start at $13 an hour. Its 180 employees will create about $413,000 in tax revenue for the county, he said.

The company agreed to give preference to local workers who are equally qualified as other potential hires, Evans said.

UST will be a heavy gas user and could bring in about $1.8 million annually to the city in usage, he said.

Mt. Pleasant is seeking grant money to help get utilities at the site. City Manager Michelle Williams said the town will not experience any debt from the project.

The city applied for a $2 million U.S. Economic Development Agency grant for gas and sewer improvements for the site, Williams said. The grant requires a 50 percent match.

Mt. Pleasant has about $2 million in gas reserve funds, which it is prepared to use for the match but some money also could come from sewer reserves, Williams said.

Resident Dan Doubleday was not satisfied with that answer and was worried about the firm not naming its parent company.

“If all these grants don’t come about, we are going to have to come up with $2.1 million. How are we supposed to recoup that?” Doubleday said. “We are expected to come up with all this cash, and we don’t know who is going to build here.”

He called the site’s approval “a big mistake.”

Mt. Pleasant has been an industrial town and will continue its legacy as such, Williams said.

“Whether it’s Mt. Pleasant, or Maury County, we have people that need jobs,” she said.